RoR And Its Importance In The Market

RoR And Its Importance In The Market

Let’s go to what many already know but that we must always remember to understand its importance, especially for ruby ​​on rails development companies. We are talking about a tool that allows the creation of applications in an extremely efficient way.

It is considered by many programmers to be the most agile framework out there. And despite this, it has increased productivity for these people is not the only benefit of Ruby. Using the model – view – controller connection allows you to divide the project into parts and work on each of them individually.

This allows a saving of resources by the programmers. On the other hand, Ruby allows you to develop applications using the code in a much more agile way and to do it based on a language that is quite simple.

This implies for developers that Ruby on Rails is considered one of the best frameworks today. Now its efficiency is not its only advantage because Ruby on Rails has a system known as gems. These are files that are intended to solve different programming problems that users may have when using this tool. All of this information makes app development easier and is completely free to download and install.

Now let’s talk a little about the characteristics of this language.

Speed, one of the characteristics:

The Ruby on Rails framework can streamline the development process significantly by giving you a foundation for your code and allowing you to reuse existing components, thereby saving you time.

Rails also has a number of plugins (collectively called Ruby Gems) that are at your disposal and you can use them to your heart’s content. All of these features, coupled with its testing tools and code templates, make your Rails development process as efficient as possible.

Easy to learn for experienced programmers:

However, if you already master PHP, the development process in Ruby on Rails is even more streamlined since your learning process of this framework will be faster.

In general, if you are an experienced programmer, learning Ruby will not be a big challenge. On the other hand, if you are just starting out you can use Ruby on Rails to ease the learning process.

An application made in Ruby on Rails can be easily modified. Adding new features, applying changes to templates and other types of modifications can be done quickly, saving valuable time. In other words, Ruby on Rails is a flexible framework that allows you to make changes quickly.

Ruby on Rails also works as a logging framework, that way it’s easy for other developers to grab a project and check what’s been done so far. The fact that the code is organized and easy to see is also another feature that contributes to the fact that projects made in Rails can be improved or reassigned to other programmers without major problems.

In a nutshell, the Ruby on Rails framework can streamline the development process significantly by giving you a foundation for your code and allowing you to reuse existing components, thereby saving you time. All at a low and competitive cost. 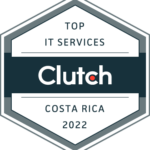 It is impossible to deny that Python is one of the most popular programming languages...

What are (W3C) web development standards ?

Web development standards are a set of none static or evolving rules developed to...

At KAMBDA we are waiting for you
to make your project a reality!

Get in touch with us today!

Contact Us Today
Would you like to book a free consultation with our Executive Team?Do it now!